This is why indoor cannabis growers typically choose soilless growing mediums for their potting mix rather than native soils, says Tad Hussey, founder of KIS Organics, an internet-based soil and gardening organic supply company and host of the popular Cannabis Cultivation Science podcast.

“When we talk about controlled environment agriculture, we want to have a substrate that allows us to have that same level of control that we’re getting from the other systems we have invested in,” Hussey says. “Because if we’re putting all this time and energy into lighting and HVAC and controlling our VPD (Vapor Pressure Deficit), then we also want to have a media or substrate that allows us to have good control over nutrient release to our plants.”

But there are many choices and considerations regarding the best growing media for your operation. BIOS Lighting’s cannabis team asked Hussey for his thoughts on the best substrate options for indoor cannabis growers and how growers can evaluate a new growing medium for their operation.

BIOS Lighting designs and manufactures LED lighting that maximizes photosynthesis and plant growth by focusing on the key ways lighting promotes a plant’s potential. BIOS Lighting was founded by former NASA scientists who developed the original technologies to provide light to grow crops in space.

There are multiple growing substrates cannabis growers may choose for their operation, depending on their goals, like organic versus chemical nutrients, and type of production methods, like hydroponic versus container-grown, Hussey says.

The most common substrates used in controlled environment agriculture, including cannabis, are:

Consider Sustainability When Choosing Your Substrate

Not only are cannabis consumers demanding more environmentally-positive products, but a lot of the traditional substrates are single-use, driving up costs and reducing their sustainability.

“The traditional model in horticulture and in cannabis is at the end of the growth cycle you’re disposing of that media and starting over fresh. The idea is you have less pest pressure, better control over your substrate, and a multitude of other benefits,” Hussey says. “However, the labor associated with bringing media in and out of your facility is massive. The environmental impact of dumping these substrates, which can be full of phosphates, or in some cases, nitrates, into the environment has a damaging impact. And it’s just not cost-effective as we move towards running leaner cannabis operations.”

Rockwool does not break down; its dust and fibers can be harmful to human health and are the subject of a potential ban in the European Union, Hussey says. Coconut coir is often touted as being sustainable because it is a waste product of the coconut industry. However, making coir requires significant processing, creating health risks in the indigenous communities where it is produced. Shipping miles are also substantial for coconut coir.

Hussey prefers peat moss as the most sustainable option. Even though it is harvested from native peat bogs, there are still vast reserves of peat bogs. And most peat moss is harvested in Canada, close to the U.S. marketplace compared to coco coir.

“Ideally, cannabis growers should recycle, re-amend and reuse their media to improve the sustainability metrics of their grow media,”

“So what we do specifically with growers is work on treating our media the same way we would agricultural soils by soil testing, by water testing, and then by re-amending that soil in the facility in place and starting up our next flowering cycle 24 to 36 hours later,” Hussey says, adding that they encourage growers to use a system of growing in beds, rather than pots because it allows them to mix nutrients right back into the substrate mix.

Ultimately, however, fine-tuning the perfect growing media for a controlled environment cannabis grow requires the grower to make adjustments and pay careful attention to all the elements of their operation, Hussy says. It’s not just the substrate, but everything that supports plant growth, including the lighting, that must work together effectively.

“We have to be a detective in our own environment, really look at a plant and figure out what’s going on,” Hussey says. “Some of that is innate, and I’ve seen certain growers that can walk into a room and instantly key into what’s going on. Or, for myself, I have to slow down and take a step backwards and work through what is essentially a dichotomous key.”

A dichotomous key offers clearly defined options for an investigator (in this case the grower) to work through when analyzing a problem. When problems arise, a process of elimination can help growers identify the source of the issue, whether it’s a substrate problem or something else, like inadequate irrigation.

To learn more about KIS Organic’s experience with living soil in a controlled environment cannabis grow, check out their 2018 study.  Or, to hear more about how  BIOS Lighting’s LED Cannabis Grow Light system supports healthy indoor cannabis environments, reach out to one of our cannabis experts. 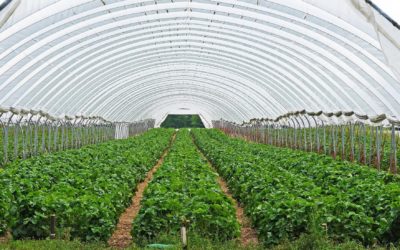 Opportunities in controlled environment agriculture (CEA) are exploding with the support of high-performance LED lighting solutions designed to support crops...

END_OF_DOCUMENT_TOKEN_TO_BE_REPLACED 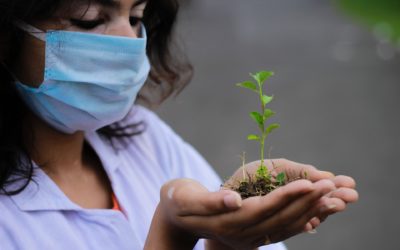 How to use Grow Lights for Seedlings

Proper seedling care is a foundational aspect of cannabis growing. The seedling stage is the most vulnerable stage in the lifecycle of the cannabis plant- at...

END_OF_DOCUMENT_TOKEN_TO_BE_REPLACED 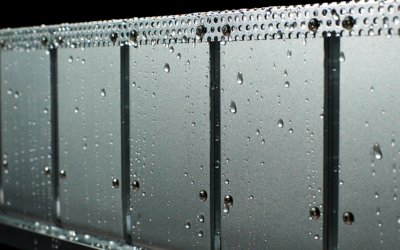 GROW LIGHTINGWhen you’re a grower, your workplace is always challenging – regardless of the size of your facility. All the moving parts of a commercial...

Enter your email below to receive the latest product news and articles.
×