LED is the future of grow lighting but which LED systems are ready today?

Many investors and entrepreneurs are looking to join the ranks of marijuana millionaires as cannabis legalization and production expands across the nation.  New cannabis growers and expanding cannabis operations now have the opportunity to build the most technically advanced grow facilities from the ground up.  Everything from feeding to pest control systems has gotten smarter.  Lighting has also evolved with ultra-efficient LED systems being accepted as the future of controlled environment agriculture applications.  But are all LED lighting systems the same?

The agriculture industry has a lot of self-inflicted confusion about LED grow lights. Established lighting companies vested in the manufacturing and selling of power-hungry, legacy HID lights will be the first to point out the problems with early LED technology. To add to the confusion, a whole new crop of LED grow light manufacturers have marketed to the cannabis industry with wild claims touting unique light spectra, unsubstantiated, irrelevant, or grossly erroneous performance metrics such as light levels and crop yields, LED quality, equivalency to legacy lighting technologies, and seemingly magical purple light powers.  Making an informed decision on LED systems shouldn’t be rocket science but it is.  So why not trust a rocket scientist or two?

Enter BIOS Lighting, a company with unique expertise in both new generation LED technology and horticultural science. The team at BIOS includes former NASA scientists that helped to develop LED lighting used for Bioregenerative Life Support Systems Research as well as on the International Space Station where plants and humans both require healthy light to survive. This technology is at the core of BIOS Icarus™ line of LED grow lights. Icarus™ fixtures provide the industry’s highest PAR output and broad white spectrum for optimal commercial crop production in both standard and vertical indoor farming applications.

The Icarus product line directly addresses the two main challenges with creating an industry-leading commercial grade fixture that the competition continues to ignore; increasing light levels and drastically improving light uniformity over the crop.  These unique design features have resulted in increased crop yields between 10 and 88% while also improving product quality.

The right LED system will also provide a significant ROI, providing all of the fixture’s components are built to last.  BIOS Icarus LED fixtures are industrial grade from the rugged hardware to the reliable electronics. Icarus fixtures are competitively priced and can provide a break-even ROI in just eight months.  Because the BIOS Icarus products are so energy efficient, they can qualify for financial incentivized energy rebates in regions that offer them for an even more attractive ROI.

Support is a huge differentiator with LED manufacturers. Because no two grow facilities are the same, even the best quality lighting systems have to be optimized to the environment and intended crop.  This means assessing the environment, configuring the best LED lighting solution, installing industrial grade fixtures, optimizing light distribution and spectrum, monitoring metrics and fine-tuning the system. This is something many LED manufacturers simply don’t have the internal expertise to do, but its where BIOS shines. How Does Light Affect Our Bodies?

Humans are blue-sky creatures; we work best in daylight. In this blog we will discuss and examine the ever-growing list of ways that light affects our bodies...

END_OF_DOCUMENT_TOKEN_TO_BE_REPLACED 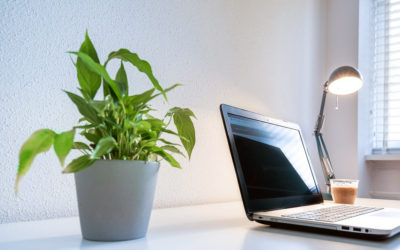 How to Light Your Home Office for Productivity

Lighting is one of the most commonly overlooked variables in the office. Whether at work or at home we often don’t think about it- most of us figure if we can...

END_OF_DOCUMENT_TOKEN_TO_BE_REPLACED What is the Healthiest Form of Light and Why?

What form of light is the healthiest? You might ask yourself this question when you’re shopping for home lighting- after all, it is something you'll be around...

Enter your email below to receive the latest product news and articles.
×